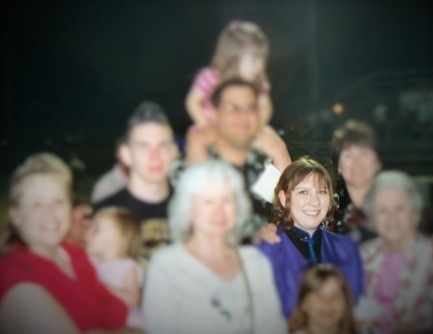 In the modern age with social media, it’s never been easier to keep in touch with family and friends. I can follow my old friends on Twitter, Facebook, and even their own blogs. I try my best to make sure I know what’s going on with people, because I do care about all of them. Over my time here in Japan, I’ve discovered a few tips and tricks you might like to know.

I highly recommend making Facebook groups before leaving your home country, a group for your family and another group for close friends. That way you can share things with certain people and also keep it closed from unwanted eyes, like say your boss or colleagues. My university friends and I have a closed group specifically made for us all to stay in contact with each other. I’m glad to have it, because there I can easily talk to them about anything whenever I want to do so.

Set-up a Skype and Google account if you don’t already have them. Both options are great for doing video calls. I used to do them more in my first year, but now I’m only doing an occasional one. Still, they’re a great resource for if you feel homesick and you want to see your people half a world away. Facebook has also recently gotten into the vid-call thing, but their services are kind of hit or miss for me. Skype remains the best, Google second, and Facebook dead last.

I’ve been making it a point to use an agenda this year with people’s birthdays and addresses on them. That way I can send cards at a moment’s notice. Of course, I try to send “Happy Birthday!” messages on Facebook, but it’s so easy to get lost among every one else. If you really want to stand out and let someone know you’re thinking about them, a card or letter is a nice simple way to do it. I used to promise packages, but they’re so expensive to send and sometimes they’d get lost in the mail and never reach their destination, so I’ve kind of stopped doing them as time goes on.

Besides, odds are your grandparents or other older relatives won’t be on social media. I think my generation (and yes, I include myself) aren’t so great at writing letters and cards. They’re definitely wanting to hear from you, so go ahead and write or even call them up once and awhile. Even if it’s awkward, you’re a semi-functioning adult so just do it. It can be expensive, but if you use Skype minutes it can be more manageable.

However, even with technology, it’s easy to lose people over time. My friends list includes people from Britain, Germany, China, U.S.A., and all over Japan. As blessed as I am to have all these people in my life, trying to keep track of all of them consistently means that people will fall through the cracks. If teleportation technology existed, I would visit my friends in their various homelands, not to mention see my own every once and a while. This past year I went home for the first time in over two years. I want to go to South Korea to visit a few people, but managing the how and when of it will be a challenge. Unfortunately, you can’t keep everyone.

I go through every year or so and de-friend folks that I might have met once and never again. It’s an inevitable part of living abroad that you will meet a multitude of interesting and awesome people, but then you will discover that your lives are only going to intersect that one time at a karaoke party two years ago on a Friday night. It’s better for me to have deep connections, so I try to make sure that I invest my energy in people I know I’ll meet again.

Fair warning: People will also de-friend you, which you’ve got to expect and just take it as it is. Even if you were great friends for one year or two, if someone de-friends you don’t get upset. I constantly lose people when they leave Japan and go back to their home country. It’s not that we weren’t great friends, it’s just that they’re moving on to other things and I can’t be a part of that next leg of their journey. You’ve got to keep in mind that losing people will happen, whether you move from Kentucky to New York City or from Kentucky to Japan or even just one city over. People change, people leave, and that’s okay.

Besides, in the end the people who love you the most will stay in touch with you. Communication is a two way street, after all. Put forth the effort, of course, but they should also be willing to try to keep you in their lives. I cut off communication with certain family members and old friends because I realized that I was the only one willing to keep trying to have a relationship with them. When it became obvious that they didn’t feel the same depth of caring, I put them firmly in the past and moved on.

You deserve people who care about you, always remember that, and don’t let anyone try to guilt you for “leaving them.” People who love each other should support their endeavors and dreams, not tear them down or spite them. The people who stick with you and support you are the ones that really matter. Do your best to remind them that you care about them, too, and don’t get discouraged.

Family, friends, and all your favorite people will understand that wherever you go you are thinking about them, forever and always.

If you’ve got any tips for keeping in touch with people while living abroad, feel free to put them in the comments!

This site uses Akismet to reduce spam. Learn how your comment data is processed.