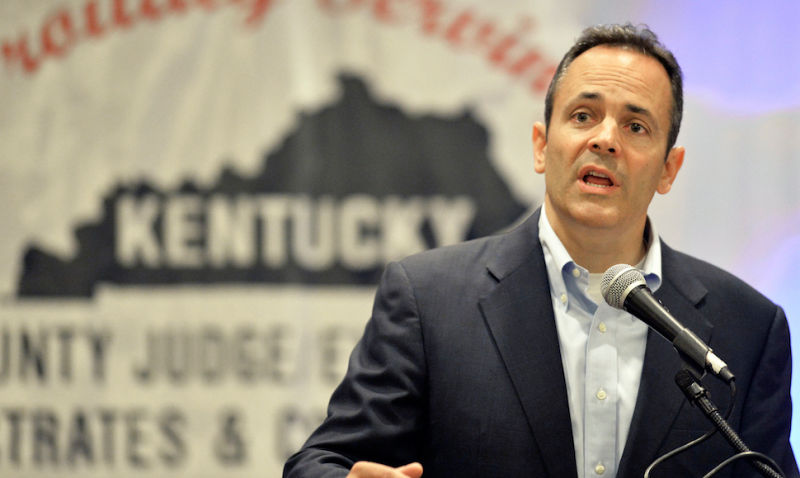 I understand you have a reputation to uphold, and that you have very important issues to worry about such as education, the arts, and the disabled citizens of our shared state. I understand that you perhaps don’t share my stance on LGBTQ rights, being that they should be treated as equal people without the government allowing religion to rule on what should be a purely governmental process and procedure, one now protected by the United States constitution. All of this I understand and grieve, because it is very apparent that you will never extend any semblance of understanding to the transgender community.

When I heard you joined North Carolina and 10 other states in a lawsuit against the Obama administration, I cannot say I was shocked. Hardly, I was merely exasperated. Not even five months ago you called the topic “nonsense,” and that debating over the use of bathrooms was not something that Frankfort should waste a day away that could be spent on other, more important issues. Yet of course you changed your mind stating, “the federal government has no authority to dictate local school districts’ bathroom and locker room policies” along with “The Obama Administration’s transgender policy ‘guidelines’ are an absurd federal overreach into a local issue.”

Is it absurd though? In a world where one state, your buddy North Carolina, decided that they had to put down a ridiculous law making it illegal to use a bathroom not of a person’s assigned gender from birth it seems very much not absurd for the federal government to step in and call such an action (correctly) as discrimination. Transgender citizens already face great obstacles and don’t need politicians stepping up to make them second class citizens or criminals because of some ill believed panic frenzy that some “perverts” may or may not look up a woman’s skirt in the bathroom.

Were you aware that as of November of last year, transgender homicide hit a historic high?

“The Human Rights Campaign report documented 21 transgender homicide victims so far in 2015, almost all of them transgender women of color, and likely an underestimate due to the difficulty of tracking the homicides. Among all 53 transgender murders from 2013 to 2015, not a single one was prosecuted or reported as a hate crime, the report found.” -The Guardian

Putting a law in place that requires a man who was born with the gender woman will only increase the violence, not decrease it. It will make vigilantes take action, where none needs to be taken. Transgender people don’t want to commit crimes, as landing in jail or prison increases the chances that they will be abused and killed if they ever end up behind bars.

Perhaps you disagree with North Carolina’s law but disagree with the “over reach” of the government. I hate to tell you, but bathrooms and being able to use them is a right that is not a local issue. All fifty states have bathrooms, all government buildings have bathrooms, and all public facilities have bathrooms. In the wise words of Martin Luther King Jr., “Injustice anywhere is a threat to justice everywhere.” When the bathrooms were segregated by color, was it an overreach of the government to do away with “separate but equal?” And now, to say that one must use a bathroom that is by assigned gender only and not based on physical and psychological changes? I think the Obama administration reacted reasonably given the historical president set in place by allowing discrimination to become law.

Assaulting anyone is illegal, rape is still illegal, peeping in on a woman when she uses the bathroom is illegal, all the laws are already in place to protect and serve citizens. What is not yet put down is the protection for transgender people to not become criminals because of irate men who refuse to understand that they are making policies that harm, not help.

In conclusion, I ask that you take your name off the lawsuit. I know you won’t, you will see it through, but I ask all the same. I ask that you try to defend the people who need your help the most, instead of aiding in the discrimination against them.

Thank you for your time,

This site uses Akismet to reduce spam. Learn how your comment data is processed.